The Government Authority to operate the Bachelor of Science in Environmental Science program was granted to MSC in AY 2013 – 2014 per CHED IV-B Order No. 0012, s. 2013. Since there were no enrollees for the program when it was being offered at the School of Fisheries, it was then transferred to the School of Arts and Sciences at the main campus and initially had 32 students enrolled. The pioneering class graduated under the then School of Agriculture, Fisheries and Natural Sciences (SAFNS) in AY 2018 – 2019. After two years’ transition period under the K-12 program, the School’s enrollment grew to 89 students from first to third year for AY 2019-2020.

BOT Resolution No. 25, 2. 2013 confirmed the offering of the new courses including BSES effective AY 2013 – 2014, about the same time it was evaluated by CHED’s Regioual quality Assessment Team (RQAT) and authorized by the Commission on Higher Education. Thus, MSC BOT Resolution No. 58, s. 2013 approved the objective statements of the Bachelor of Science in Environmental Science. Due to the growing relevance of the field of Environmental Science, BOT Res. No. 12, s. 2020 subsequently created the new School of Environmental Sciences where the BS in Environmental Sciences was to be offered effective AY 2020-2021. MSC’s Administration also designated the newly “commissioned” MSC Extramural Studies Center in Capayang, Mogpog as home to the School with Prof. Homer L. Montejo as Center Administrator. 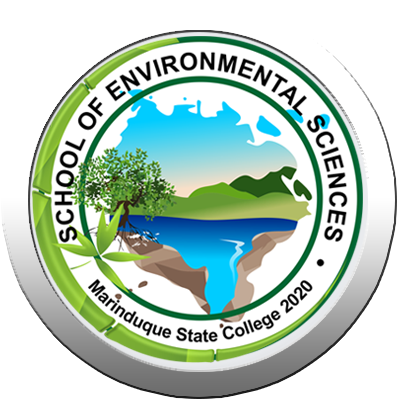